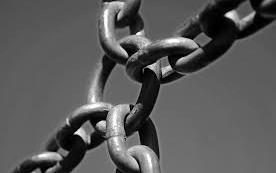 I needed to send a transaction with Java, so I looked at EthereumJ. You have three options:

Before going further, maybe it’s worth pointing out a few general properties of the blockchain (the Ethereum one and popular cryptocurrencies at least) – it is a distributed database, relying on a peer-to-peer (overlay) network, formed by whoever has a client software running (wallet or otherwise). Transactions are in the form of “I (private key owner) want to send this amount to that address”. Transactions can have additional data stored inside them, e.g. representing what they are about. Transactions then get verified by peers (currently using a Proof-of-work based consensus) and get stored on the blockchain, which means every connected peer gets the newly created blocks (each block consisting of multiple transactions). That’s the blockchain in short, and Ethereum is no exception.

Why may you want to send transactions? I can’t think of a simple and obvious use-case. Maybe you just want to implement a better wallet than the existing ones. For example, in my case, I wanted to store the head of a hash chain on the blockchain so that it cannot be tampered with.

In my particular case, I was more interested in storing a particular piece of data as part of the transaction, rather than the transaction itself, so I had two nodes that sent very small transactions to each other (randomly choosing sender and recipient). I know I could probably have done that with a smart contract instead, but “one step at a time”. The initial code can be found here and is based heavily on the EthereumJ samples. Since EthereumJ uses Spring internally, and my application uses Spring, it took some extra effort to allow for two nodes, but that’s not so relevant to the task at hand. The most important piece of the code can be seen further below in this post, only slightly modified.

You should have a user.conf file on the classpath with some defaults, and it can be based on the default EthereumJ config. The more important part is the external user1 and user2 conf files (which in the general scenario can just be one conf file). Here’s a sample one, with the following important parameters:

As I noted earlier, I didn’t need a full node, I just needed to send a transaction. The light node would do (the difference should be simply switching sync.enabled from true to false), but after initially successfully connecting to peers, I started getting weird exceptions I didn’t have time to go into, so I couldn’t join the network anymore (maybe because of the crappy Wi-Fi I’m currently using).

Fortunately, there is a completely “offline” approach – use an external API to publish your transactions. All you need is your private key and a library (EthereumJ in this case) to prepare your transaction. So you can forget everything you read in the previous paragraphs. What you need is just the RLP encoded transaction after you have signed it. E.g.:

In this example, I use the Etherscan.io API (there’s also a test one for the Ropsten network). It also has a manual entry form to test your transactions (the link is for the Ropsten test network).

What are the parameters above?

After that, you sign the raw representation of the transaction with your private key (the raw representation is RLP (Recursive Length Prefix)). And then you send it to the API (you’d need a key for that, which you can get at Etherscan and include it in the URL). It’s almost identical to what you would’ve done if you were connected. But now you are relying on a central party (Etherscan) instead of becoming part of the network.

It may look “easy”, and when you’ve already done it and grasped it, it sounds like a piece of cake, but there are too many details that nobody abstracts from you, so you have to have the full picture before even being able to push a single transaction. What a nonce is, what a chainId is, what a test network is, how to get test ether (the top google result for a ropsten faucet doesn’t work at the moment, so you have to figure that out as well), then figure out whether you want to sync the chain or not, to be part of the network or not, to resolve weird connectivity issues and network configuration. And that’s not even mentioning smart contracts. I’m not saying it’s bad, it’s just not simple enough and that’s a barrier to wider adoption. That probably applies to most of programming, though. Anyway, I hope the above examples can get people started more easily.