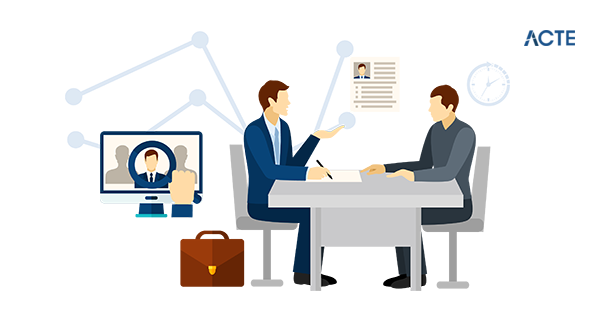 When we talk in depth, as opposed to traditional financial services systems, Bitcoins have no central clearing house. Bitcoin transactions are generally verified in decentralized clearing systems wherein people contribute computing resources to verify the same. This process of verifying transactions in called mining. It is probably referred to as mining as it is analogous to mining of commodities like gold—mining gold requires a lot of effort and resources, but then there is a limited supply of gold; hence, the amount of gold which is mined every year remains roughly the same. In the same manner, a lot of computing power is consumed in the process of mining bitcoins. The number of bitcoins that are generated from mining dwindles over time. In words of Satoshi Nakamato, there’s a limited supply of bitcoins—only 21 million bitcoins will ever be created.

Anyone can apply to become a Blockchain miner. These Blockchain miners install and run a special Blockchain mining software that enables their computers to communicate securely with one another. Once a computer installs the software, joins the network and begins mining bitcoins, it becomes what is called a ‘node.’ Together, all these nodes communicate with one another and process transactions to add new blocks to the blockchain which is commonly known as the bitcoin network. This bitcoin network runs throughout the day. It processes equivalent to millions of dollars in bitcoin transactions and has never been hacked or experienced a downtime since its launch in 2009.

How can you mine bitcoins?

You can buy and trade for bitcoins, or you can mine them. For mining bitcoins, users are rewarded in bitcoins. This mechanism forms the pivot around which the bitcoin economy revolves. While the cost and difficulty of mining bitcoins individually continues to increase, several cloud-based mining services have gradually emerged. These services allow individual users to lease the processing power of mining equipment and mine bitcoins remotely. However, you can mine bitcoins in person too.

There are two ways to mine bitcoins.

Mining Bitcoins on your own:

What are Blockchain smart contracts with respect to Bitcoins?

Have a peek at the image below to understand how exactly smart contracts blockchain function.

There are several types of blockchain smart contracts. They are listed as follows:

Blockchain is a software product that allows storage and conversion of data via the Internet, in a secure and transparent way without a central governing body.

Certainly, one of the greatest advantages of blockchain is traceability. The technology was built as an open ledger, filled in chronological order, distributed, verified, and protected against forgery by means of a distributed trust system, thanks to which everything registered there is accessible for tracking, and cannot be deleted. Thus, we can apply this principle of traceability in a variety of areas, for example, products, medicines, works of art, and precious metals.

Below, we will review blockchain applications examples in various spheres. All of these applications have something in common: almost absolute protection of transmission and archiving of information.

Electric power is not the main reason for the hype around the blockchain, but this, of course, is the industry in which the number of blockchain applications is growing steadily.

For instance, with the support of New York leadership, the TransActive Grid joint venture decided to combine energy and a decentralized economic system. A micro-network was created consisting of two enterprises: L03 Energy which develops solar energy networks, and ConsenSys, which specializes in the blockchain. In this case, the goal is to enable citizens to regain the production of electricity by creating energy mini-communities. For this purpose, sensors record the history of energy creation at a particular point and transmit the data to the airspace blockchain. Smart contracts can then regulate the rules for using this energy as well as the pricing set by producers.

The main advantage of this blockchain application is that it will not only reduce dependence on state energy but will also encourage users to produce renewable electricity and invest in it independently.

There are some other prospective projects in this sphere. In France, Air Products and Engie launched an innovative blockchain technology partnership to certify the traceability of green electricity. Engie conducts similar experiments, in particular in the field of tracing flows (water, gas, and electricity), and has done so since 2015.

In July 2016, Ponton, a start-up from Germany, developed the Enerchain platform, the first European power market based on the blockchain. Enerchain allows the anonymous sending of orders. Partners click on a button on the screen to complete a transaction, and everything is done directly, without intermediaries. As of 2018, the company has worked with 39 power and gas traders, developing their peer-to-peer platform.

These initiatives are not just experiments. In fact, the use of micro-energy projects around the world could generate more than $40 billion annually by 2020.

Advantages and Disadvantages of Blockchain Applications

The main advantage of blockchain is automation of control over transactions security. Blockchain prevents fraud and abuse and can solve many other problems, depending upon the implementation method and use.

Here are some advantages of blockchain applications:

Of course, every system has both merits and drawbacks. Consider the disadvantages of blockchain applications:

In a paper that he published in 1994, Szabo proposed the execution of a contract for synthetic assets including derivatives and bonds. He referred to the sale and purchase of derivatives with complex terms.

Further, check our online Blockchain course for certification and prepare yourself with our free Blockchain interview questions listed by the experts.