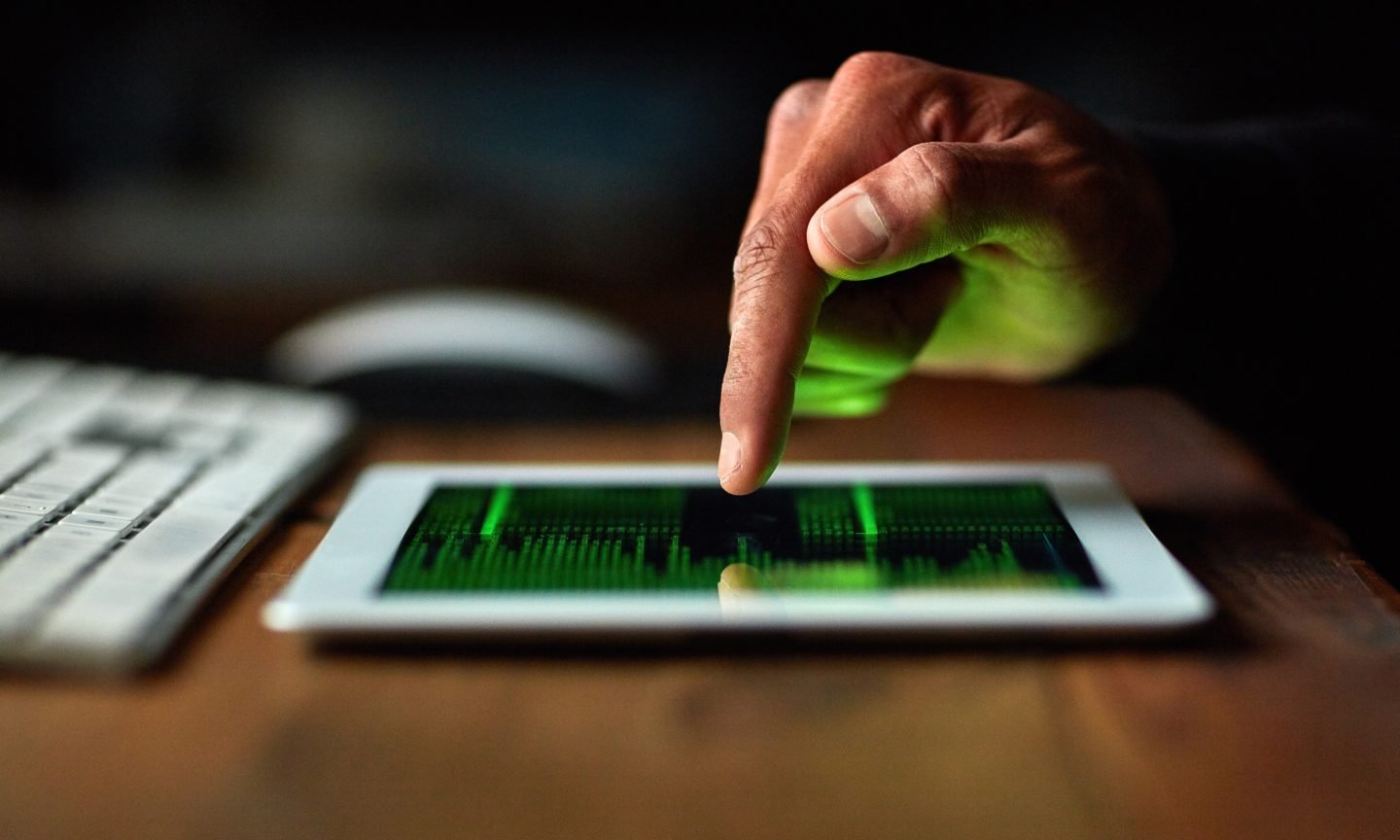 A blockchain is a public digital ledger of transactions that records information in a way that makes it difficult to hack or alter. The technology allows a secure way for individuals to deal directly with each other, without an intermediary like a government, bank or other third party.

The growing list of records, called blocks, is linked together using cryptography. Each transaction is independently verified by peer-to-peer computer networks, time-stamped and added to a growing chain of data. Once recorded, the data cannot be altered.

While popularized with the growing use of , blockchain technology has promising applications for legal contracts, property sales, medical records and any other industry that needs to authorize and record a series of actions or transactions.

Using the system as an example, here’s how blockchain — also known as distributed ledger technology —  works:

The concept of blockchain technology first appeared in academic papers dating back to 1982, in a dissertation discussing “the design of a distributed computer system that can be established, maintained, and trusted by mutually suspicious groups.” But it was a 2008 paper by the pseudonymous Satoshi Nakamoto titled “Bitcoin: A Peer-to-Peer Electronic Cash System” that brought an academic theory into real-world use.

Using bitcoin as an example, here are some of the pros and cons of blockchain technology when applied to cryptocurrencies:

While the U.S. dollar is issued by the Federal Reserve, no government agency issues or controls bitcoin and other cryptocurrencies. This also means that the ability of any one government or agency to determine the fate of a public blockchain is eliminated. The lack of intermediaries reduces cost, as the fees associated with third-party transactions also are eliminated. Another byproduct of decentralization is time efficiency — the blockchain is open for business 24 hours a day, 365 days a year, unlike banks and other intermediaries.

All transactions on the Bitcoin blockchain are recorded on all computers on the network. Transactions are completely transparent because the address and transaction history of, which hold the cryptocurrency, are publicly viewable, but the owners of each wallet connected to those public addresses are anonymous and not recorded.

Because the transaction involves little human interaction, there is a lower risk of error. As each transaction must be confirmed by a majority of the network nodes and recorded across the entire blockchain, the possibility that the information can be manipulated or altered is eliminated. This also prevents counterfeiting (also known as the “double-spending” problem).

Blockchain technology creates efficiencies that potentially extend far beyond digital currencies. While cryptocurrencies like bitcoin are on a public blockchain, many applications for business can be created on private blockchain networks:

» Ready to invest? Here are our picks for

In countries and regions with poor or corrupt financial institutions, cryptocurrencies based on blockchain protocol allow the transfer and holding of cash that bypasses unscrupulous third parties.

Like a lot of new technologies, some of the first adopters have been criminal enterprises. They use cryptocurrencies like bitcoin both as payment because of the privacy it provides and to target holders of bitcoin for scams. For example, bitcoin was used by consumers of Silk Road, a black market online shopping network for illegal drugs and other illicit services that was shut down by the FBI in 2013. In the recent ransomware attack on Colonial Pipeline, the company paid $4.4 million in cryptocurrency to unlock its computer systems.

The popularity of cryptocurrency exploded in 2021, as bitcoin hit a record spot price of nearly $65,000 in April. But owing to its inherent volatility, the price of bitcoin dropped nearly 50% by early June. Bitcoin recorded a previous record high of nearly $20,000 in December 2017, but by December 2018, it was trading below $3,500.

Many more exchanges, brokerages and payment apps now sell bitcoin, and many companies such as PayPal and Microsoft accept bitcoin for payment. Still, purchases with blockchain currencies like bitcoin remain the exception, not the rule. Also, the sale of bitcoin for purchases on cash apps such as PayPal requires users to pay capital gains taxes on the bitcoin sold, beyond whatever state and local taxes are paid on the product or service.

The process of bitcoin mining uses a network of high-speed computers that consume a lot of energy. If the Bitcoin system were a country, it would be the 34th biggest consumer of electricity, behind the Netherlands and ahead of the Philippines, according to the University of Cambridge Electricity Consumption Index. Tesla CEO Elon Musk announced in May that the carmaker would no longer accept bitcoin until the cryptocurrency can find ways to reduce its carbon footprint.

The  Bitcoin blockchain can process about seven new transactions a second. By comparison, credit card giant Visa can process 24,000 transactions per second, according to the company.  That presents the Bitcoin system with a scalability problem. Other forms of blockchain-based cryptocurrency are working on this problem. An eagerly anticipated upgrade of the Ethereum system, known as Ethereum 2.0, is expected to be capable of handling 10,000 transactions per second, up from its current rate of 30 per second.

While the Bitcoin system is the best-known application of blockchain technology, there are thousands of cryptocurrencies that are built on the back of this emerging technology. While it remains to be seen if Bitcoin will succeed in supplanting other forms of traditional payment methods, the applications of blockchain technology are growing fast, and proponents say they may lead to dramatic changes across industries.

Of the online brokerages and cryptocurrency exchanges that NerdWallet reviews, the following currently offer bitcoin.

Disclosure: The author held no positions in the aforementioned securities at the original time of publication.